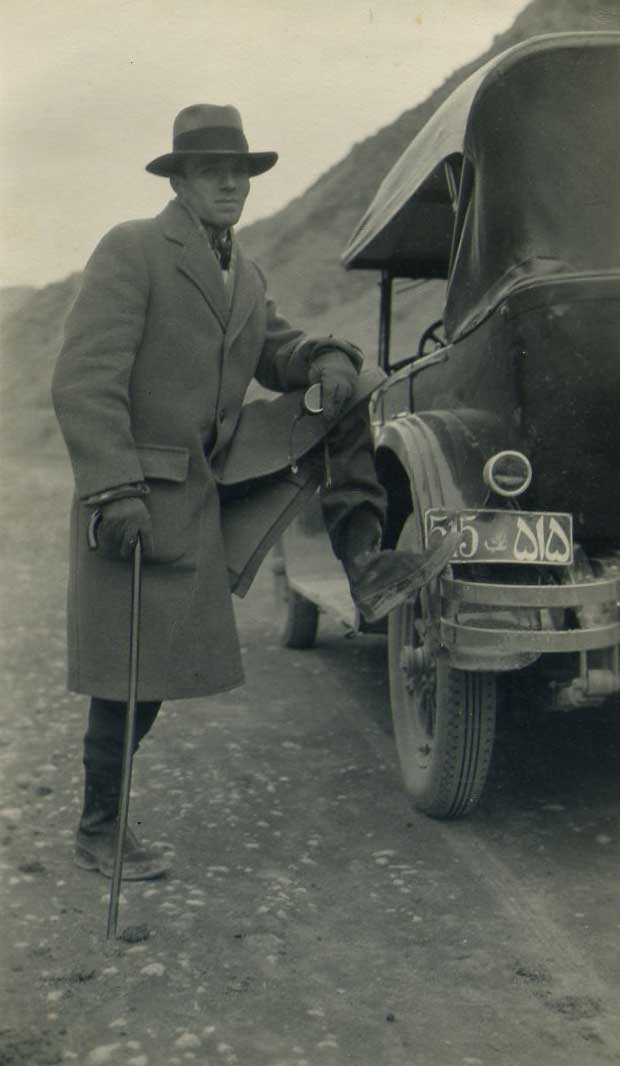 Frank on the road in Persia from Kashan to Isfahan (along the Grand Trunk Railway).

Who was Frank Michaelian?

Who was Frank Michaelian? He was a successful businessman, a renowned art collector, a world traveler, and accomplished producer of fine floor coverings.

Starting in the 1920's, Frank Michaelian began to travel to China, India, Persia, Africa, and Europe to build his rug manufacturing and importing business. When he traveled to these places, he acquired art material of many styles and mediums. Over the years this constant traveling and artwork purchasing built into a grand collection. So grand that it was referred to as "The Renowned Collection of Frank Michaelian."

At a time when the majority of the world's largest consumer market (the U.S.) didn't know anything about Persia except flying carpets and what they read in "The Thief of Bagdad", Frank Michaelian was experiencing the different cultures of the world in person and successfully marketing his Michaelian brand name. A name that was associated with luxury and value. But how was he successful at gaining such a momentum in the industry and among art collectors during his time? Mostly because he was very social. He corresponded with his many friends all over the world and when he came to his friend's country, they made a big deal about it and greeted him warmly, eagerly talking to him and sharing with him the intimate details of their cultures, philosophies, and opinions. 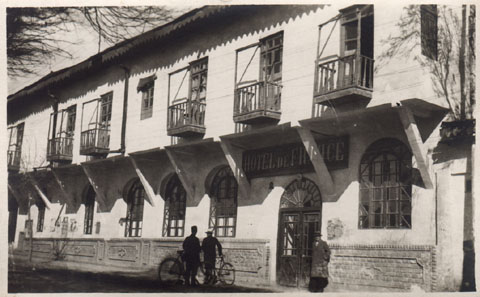 Obviously no travel was too rugged for Frank 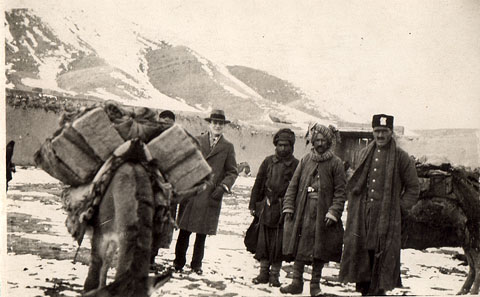 Rug gets approved by Frank 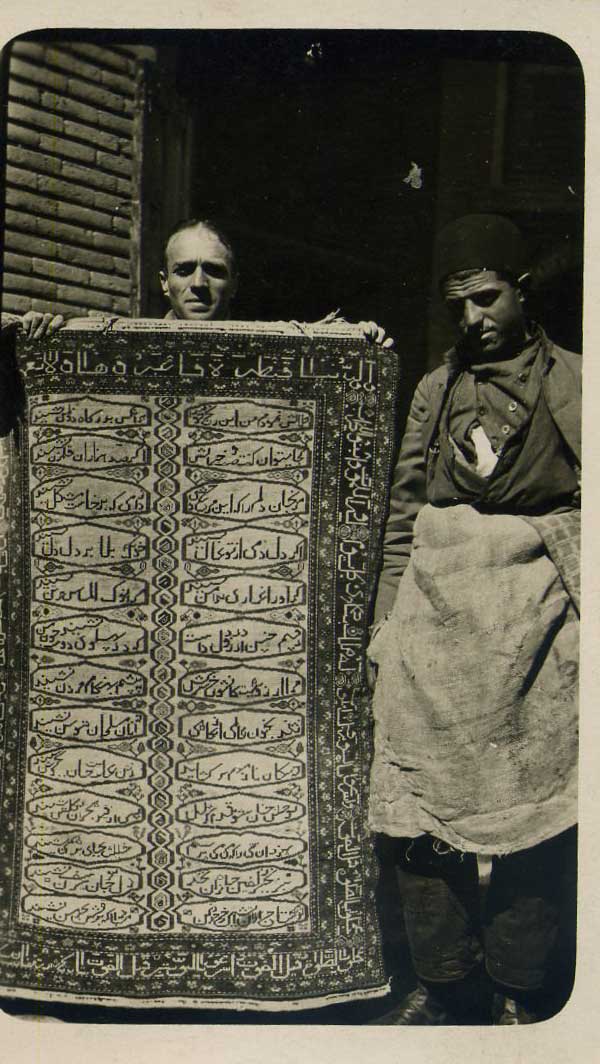 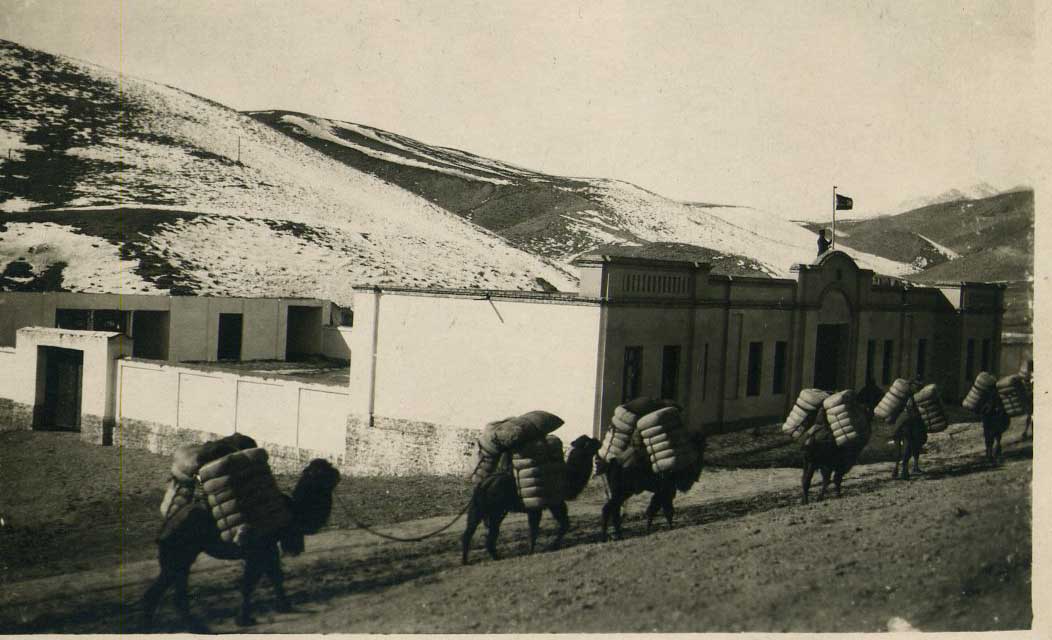 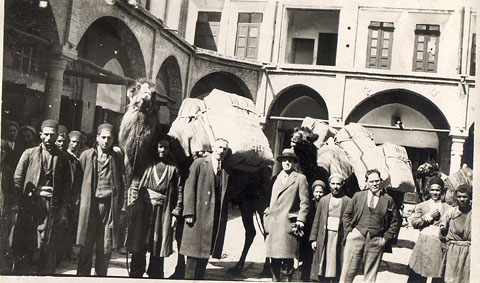 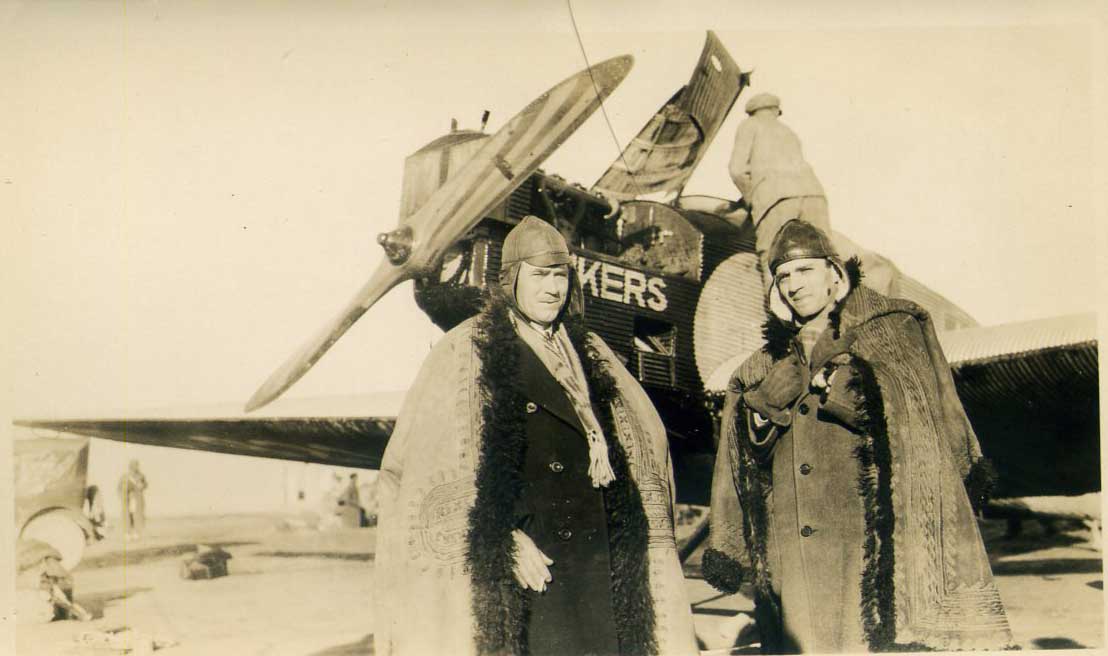 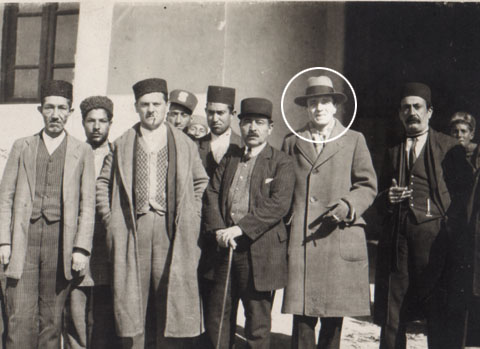 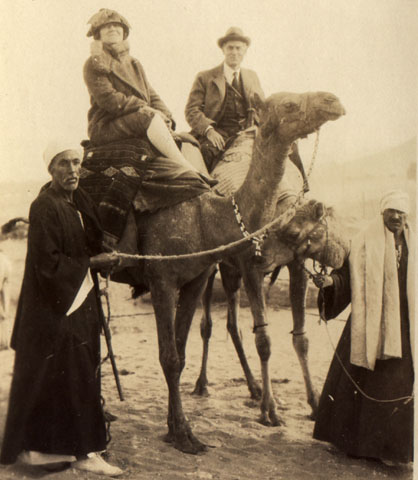 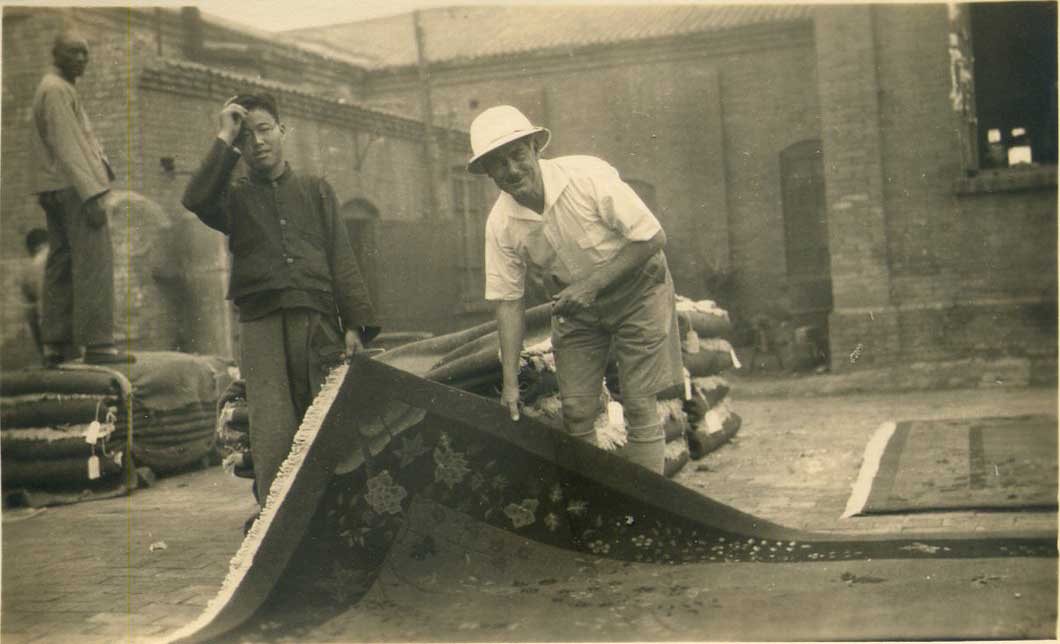 This is Frank's Father-in-law William Bloomberg. This is a factory that was a Russian Commisary in the late 1800s. The rug pictured is a Nichols Period rug, a type of Chinese Art Deco rug with a classic open field. They were designed after antique Peking rugs.

Checking out the Town in Native Digs 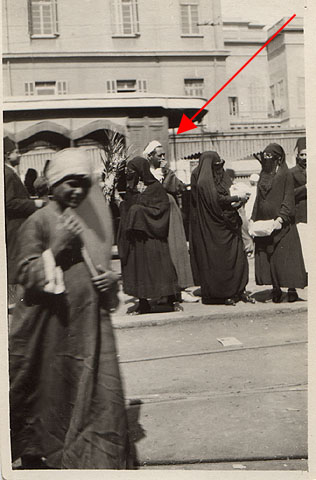 Here Frank is dressed like the natives as he tours a persian town.

Keeping Warm in the Car 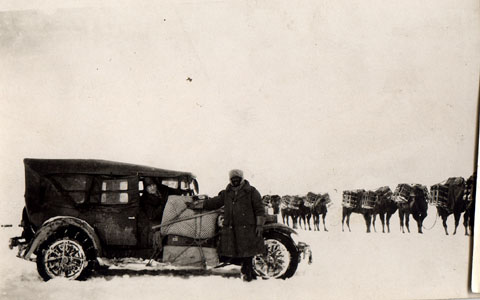 Frank is keeping warm in the car while a convoy of camel cross the road.

Got to stop and let the engine cool 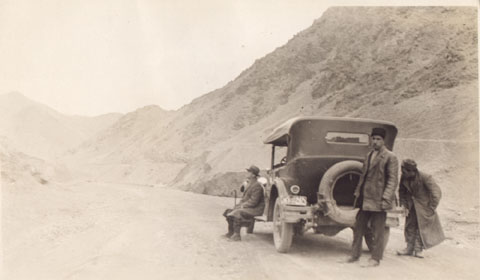 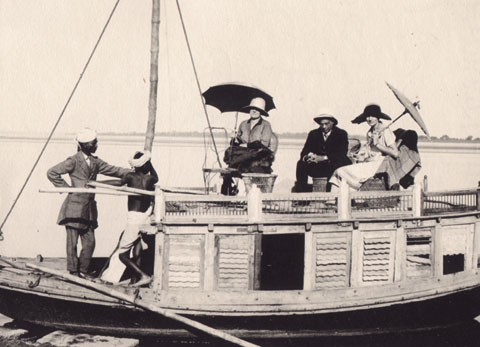 Frank's parents on the Ganges River. 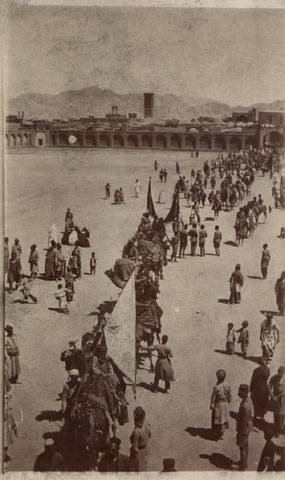 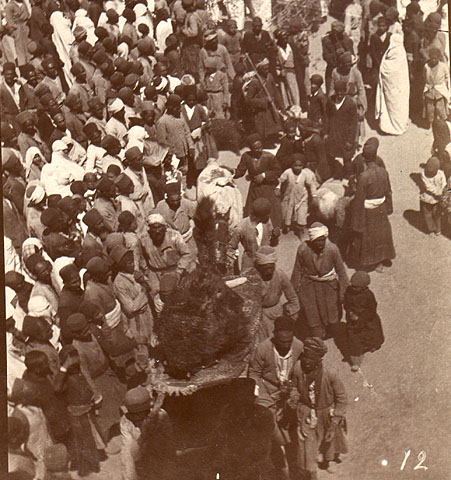 Looks like they may be on their way to a bazaar.